Michiganders must address decades-long underinvestment in education and opportunity gaps disproportionately impacting the state’s most vulnerable students, according to Amber Arellano, executive director of the Education Trust-Midwest.

Arellano recently joined Elizabeth Moje, Dean of the School of Education at the University of Michigan, and renowned journalist Stephen Henderson on WDET’s Detroit Today to talk about the need for an equity-driven agenda for school funding decisions. 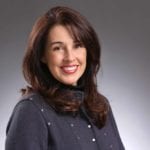 “For children of color, for rural students, for immigrant students, English Language Learners and children with disabilities, Michigan has really been failing these vulnerable kids for years,” said Arellano, noting that Michigan has not sufficiently invested in education and ranks as one of the least equitable states for education funding.

The conversation came as the state’s leaders considered ways to plug a $2.2 billion budget shortfall for the current fiscal year. While Gov. Gretchen Whitmer and Republican leaders struck a deal on the budget crisis for the current year, they are now grappling with an even greater budget hole expected for the upcoming fiscal year, leaving much uncertainty for school districts as they prepare for the fall.

Arellano called on Michigan leaders to consider an equity- and investment-focused agenda for Michigan’s educational recovery to address the learning loss from school closures resulting from the COVID-19 pandemic.

Arellano said school budget decisions must take into account that Michigan’s most vulnerable students, including children of color and those who are low-income, have faced greater negative impacts from the abrupt school closures. Additionally, longstanding opportunity and achievement gaps impacting those students are expected to widen, she said.

Moje concurred, saying, “It’s absolutely a critical time to think about equity instead of equality in terms of school funding. I would just underscore it’s actually tragic that it took a pandemic to get us to this place.”

Moje said the state should have considered an ‘equity and investment’ agenda well before COVID-19. She added, however, that the situation presents an opportunity to address inequitable systems and structures, while investing more in communities where there has been historic disinvestment.

“I can only hope that this does actually prompt us to move on this,” Moje said. “We’ve seen some promising developments.”

Moje gave as an example the efforts by a coalition, including DTE Energy Co., Skillman Foundation, Quicken Loans, the City of Detroit and Detroit Public Schools Community District, to distribute technology devices and expand internet access to all children in the district.

“Again, I wish that could’ve happened sooner,” Moje said. “I wish we could all take a hard look at our state and, frankly, our nation and think about what it would really mean to provide equitable opportunities to learn for all children.”

Arellano said upcoming budget decisions must shield the most vulnerable students, citing Ohio as an example where state leaders laudably developed school budgets based on equity and students’ needs, including poverty.

Especially as the nation confronts longstanding systemic and structural inequities and racial injustice, this is the moment “to address these gaps and how we invest in kids,” Arellano said. “This is a moment for leadership.”

Listen to the full program.