Last week, Michiganders went to the polls in historic numbers to vote for state and local races and ballot measures. Outcomes of several key races will shape public education policy in Michigan for the next two years. Full election results are available here.

Gretchen Whitmer (D) won the race for Governor, while Republican’s maintained control of both the state House of Representatives and Senate. During the campaign, Governor-elect Whitmer’s focus included expanded early childhood education, school funding that reflects the needs of students and ends the practice of using K-12 education funds for other priorities, quality and accountability standards for all public schools, and improvements to early literacy education.

Democrats also established or expanded their majorities on the boards of Michigan State University, the University of Michigan and Wayne State University. On the State Board of Education, Judy Pritchett (D) and Tiffany Tilley (D) were elected, replacing retiring board member Eileen Weiser (R) and board co-president Dr. Richard Zeile (R), giving Democrats a 6-2 majority.

The Michigan legislature is on recess, returning the week of November 26.

The State Board of Education will meet today, November 13 at 9:30 am in the Ladislaus B. Dombrowski Board Room in the Hannah Building, Lansing. The agenda is posted here.

The Education Trust-Midwest is looking for talented, champions for equity to join our team. Current openings include:

Visit edtru.st/MICHJOBS for more information on the positions or to apply. 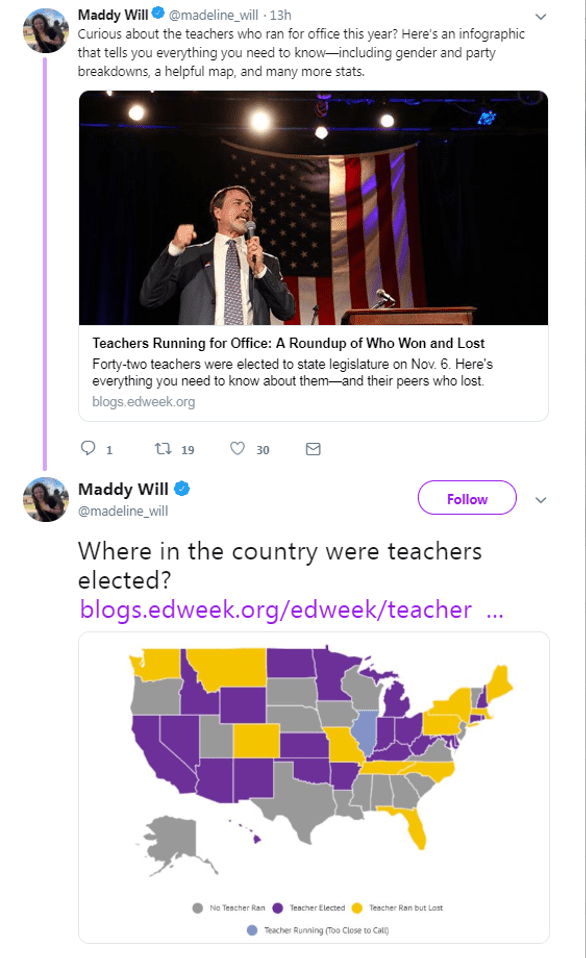