A Closer Look at Latino Student Achievement in Michigan

As we observe Hispanic Heritage Month, we are reminded of the need to focus every single month of the year on the needs of historically underserved communities, including Hispanic and Latino students. 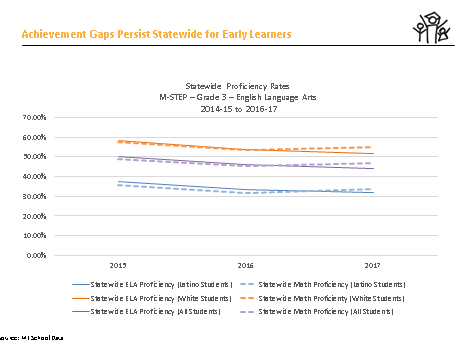 If we want Michigan to prosper in the years ahead, we need to have all of students achieving at higher levels, including Hispanics and Latinos.

That would really give us something to celebrate during Hispanic Heritage Month.

House Education Reform Committee meets Thursday, September 28 at 9am in room 521 of the House Office Building. Agenda: House Bill 4805 (Reilly – R), which would eliminate certain reporting requirements for home-schooled students; and HB 4735 (Miller – R), which would permit dual enrollment at certain out-of-state post-secondary education institutions that are near the Michigan border for students attending school near the Michigan border with another state.