Since 1990, American presidents have proclaimed each November as Native American Heritage Month to recognize “the significant contributions the first Americans made to the establishment and growth of the U.S.,” according to a government website.

So while we celebrate that heritage, we also should reflect how we are failing to meet the needs of Native Americans, especially here in Michigan.

In 2016-2017, less than one percent of Michigan’s public-school students identified as “American Indian or Alaska Native,” the term used by the state. But even that small fraction adds up to almost 10,000 students.

So it is troubling that in 2015-2016, the most recent year of data available, the four-year high school graduation rate for American Indian and Alaska Native students in Michigan was the lowest of all racial subgroups in the state, at 66.57 percent. That rate is significantly below the four-year graduation rates of 83.38 percent for white students and 90.20 percent for Asian students in the state.

There is still time to send a letter to State Superintendent Brian Whiston and Governor Rick Snyder, opposing disruptive changes to the end-of-year assessment, the M-STEP.

Click here to send a letter to Governor Snyder and State Superintendent Whiston telling them that our students and teachers need stability in the classroom and parents deserve honest data on how well our schools are serving our students. Thank you to everyone who has already sent a letter opposing these harmful changes. 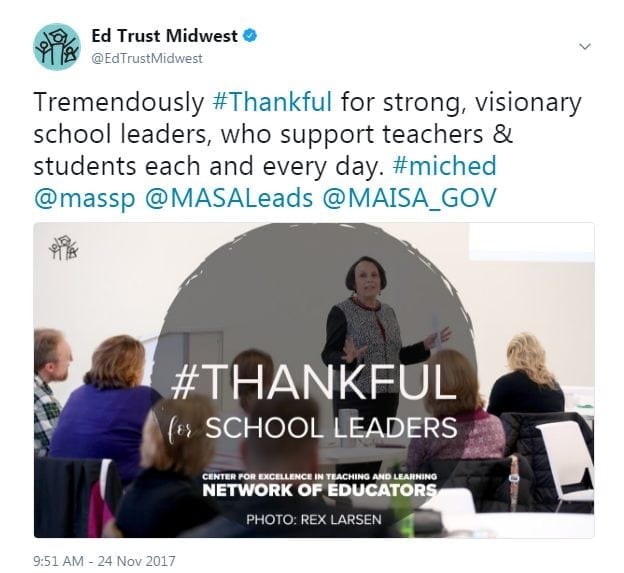