Months of campaigning will come to a close today, as voters across Michigan and throughout the country cast their ballots for a range of local, state and national offices.

In Michigan, voters will elect the 99th Michigan Legislature, as all state house seats are up for election. Two seats for the eight-member State Board of Education are also on the ballot, in addition to local school board elections and millage proposals and renewals in many communities.

Polls are open in Michigan until 8:00 p.m. tonight. Click here to find your polling place and view your sample ballot.

A new study raises concerns about the role of teacher perceptions on the gender gap in math achievement in early grades. This work builds upon earlier findings that, despite entering kindergarten with similar math proficiency, gaps in achievement and confidence develop by the third grade.

These troubling gaps are especially concerning given the severe underrepresentation of women in STEM (science, technology, engineering and math) careers and degree programs.

Where Michigan is Missing the Mark

In recent years, in Michigan and states across the nation, academic expectations have been raised to match the demands of college and career. Most states have also moved to more rigorous testing systems that focus on both knowledge and key skills, such as critical thinking and problem solving.

While most states have provided robust support for educators – like access to digital resources and interim testing tools that are used and scored at the local level, but closely align to the content and rigor of the end-of-year test – Michigan has not. And our students are paying the price.

While nearly every state has seen improved third-grade math scores in the last year, Michigan has not. In fact, our decline was four time greater than the few other states who have seen modest declines. 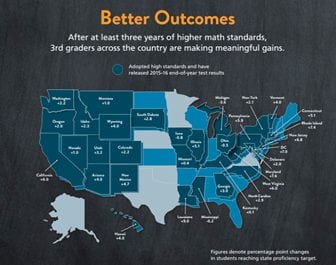 A new plan from the State Superintendent of Education would further fracture Michigan’s assessment system by changing tests for the third time in four years, use at least two mandatory state tests in most grades instead of just one, and likely use multiple testing tools that are not aligned with each other.

The Education Trust-Midwest and others oppose a change that would increase the frequency of state testing and use unaligned tests. Click here to tell the State Superintendent and State Board of Education that Michigan students need consistency, not another new test!

Recognizing the Voices of Black Teachers

Last week, the Education Trust released a new paper, “Through Our Eyes: Perspectives and Reflections From Black Teachers,” that shares what it’s like to be a Black teacher in today’s schools, based on a series of focus groups held in recent months. The paper adds rigorous qualitative data to the ongoing national conversation about teacher diversity and exposes racial bias in schools and school systems across the nation. Ashley Griffin, the paper’s lead author, provides a sneak peek here, or you can read the full paper here.

State Board of Education meets on Tuesday, November 15 at 9:30 a.m. in the Ladislaus B. Dombrowski Board Room in the John A. Hannah Building, Lansing. Agenda: Presentation on Special Education Advisory Committee, Presentation on Every Student Succeeds Act Plan and Presentation on Top 10 in 10. 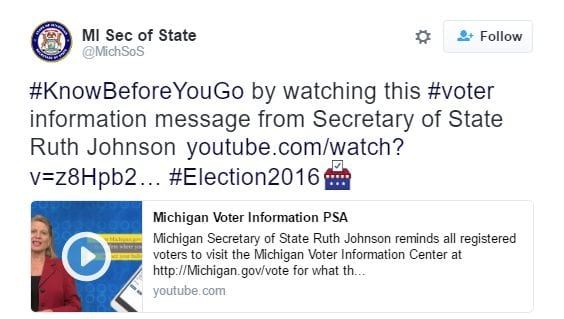