Across Michigan, parents are receiving M-STEP score reports from last spring and school boards are being briefed on district results. Results, which were first released in late August, are from the second year of the M-STEP, which replaced the 40-year-old MEAP test in 2015. The new test was designed by educators and experts in Michigan and elsewhere to measure whether students have the skills and knowledge needed to succeed in the next grade, and in college and career.

In addition to grade-level knowledge, the M-STEP is designed to also assess important critical thinking and problem solving skills – skills that are critical for success in career and college.

While students, teachers, parents and school districts are adjusting to Michigan’s more rigorous assessment, some state leaders are considering changing the test again. This change would mark the third test change in four years.

Under a proposal by the State Superintendent of Public Instruction, students would take mandatory state tests at least twice-per-year in most grades. The current test is given only at the end of the school year. Several organizations, including The Education Trust-Midwest oppose another testing change.  To add your voice and tell the State Board of Education to stop changing tests and provide teachers and students with consistency and stability, click here. 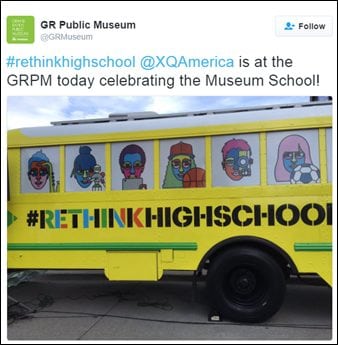